I was going to share a few snaps from a car show I attended a few weeks back, but I can't find them! So the posts may not be in order of date, but I have to share them as I found some goodies and saw some stunning cars.

So for now you'll have to make do with my holiday snaps! We didn't go away, but instead, visit local attractions - It not only saved money, but I now have an even greater love of Wales (if you ever thought it possible?). So on with the show:

St. Fagans - To my shame, I'd never been. As it's a National Museum of Wales, it's free entry, but you have to pay for parking - £3.50. We also bought a guide (of the paper variety!) for £3.00 and I seriously recommend getting one at the front desk, it provides a lot of information and a map.

I could share a photo of every building, but I'll spare you that! I've chosen just a few of my favourites:

This was inside Llwyn-yr-eos Farmstead from about 1820 but set in the late teens/early 20s as if the son was just come home from the war. I forgot to take a photo of the Welcome Home flag, so you'll have to visit to see it! This farm is also original to the site, rather than being moved, like most of the others! 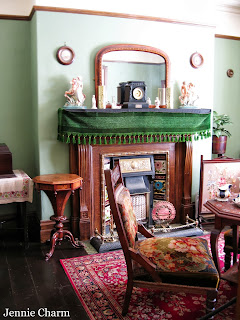 They also have animals outside, the porker was a particular favourite, when we were stood there cooing over him a German woman came up and said "How many pork chops?" Although I laughed, I did find myself thinking "don't say that in front of him!"

Workmen's Institute (1916) - Look familiar? It was featured in Doctor Who (Human Nature / Family of Blood) where David Tennant (yes, David Tennant!!!) went in here to go dancing. He also saved a baby outside Gwalia Stores... You'll have to watch it, then visit!

There were many places inbetween, but the next snap is from the school (1880), which is set around 1890s but reminded me an awful lot of my primary school. Here's a snap from just inside:

I'll quickly mention my outfit. The skirt is modern, though I've had people commenting they like my retro skirt, so all is well with the world. The jumper is from a 1941 pattern, the date maker jacket is from a 1940s pattern and the bag is vintage. 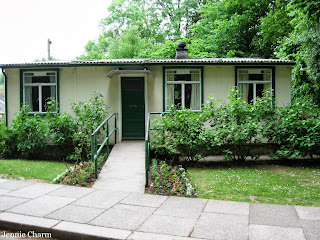 The prefab! Though they chose to close it on the day I visited! No idea why though, it wasn't mentioned on their leaflet of closed buildings, neither was the saddlers mind. It's a 1948 Type B2 from Gabalfa, Cardiff. I went all that way to nose about in a prefab and they closed it - tut! 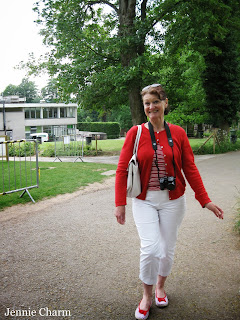 The Italian gardens are stunning, but my snaps don't do it justice. You can go inside St Fagans Castle (it's big Elizabethan house) but they'd only let us look downstairs, no idea why. The gardens are amazing, I'm hoping to do something like this in my back garden: 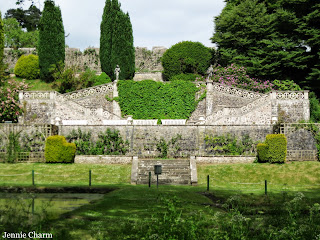 And that was about it, a lot to see, even if I don't show you everything. I have to warn you mind, it really does take a day to go round. We arrived at 11.14 and only left after kicking out time - 5pm. Next time I go, I'll be there for 10am, when they open and I already have the guide!
More details of events etc on The National Museum of Wales website - Here

On the way home, which was an odd road system which had us heading off to Cardiff, we saw the Millenium Stadium, I think it was anyway, it was a distance away but I took a snap just in case I got the right one: 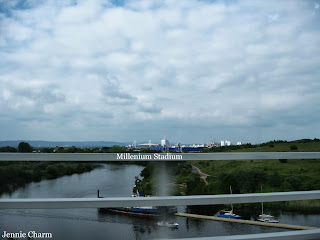 We were very tired from St Fagans, so kept it local-ish. Off to Pendine! We got into the car park then discovered that even between us we didn't have enough cash for the machine, so Ma drives round the corner to make change in the shop. She bought a very expensive Kit-Kat (65p!) and drives back to the car park, counts out the change and walks over to the machine and discovers it's not even working! Oh how I laughed!

After I'd stopped laughing (as much) we went into the Museum of Speed, which is also free! It's not a huge place, but some lovely bikes are in there. When we went in it was packed full of coach trippers. The reason we went was to see the one and only, Babs! 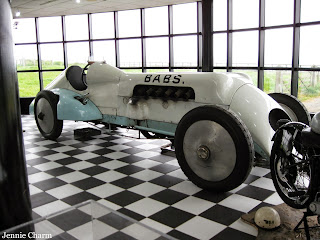 Then off again into the lovely weather... 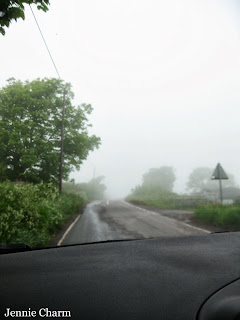 ﻿Saundersfoot, I'm going to be polite and just say there's not much to do there unless you have a boat, want to eat or go into the games arcade place - Or at least, I couldn't find anything to do. The tourist info is a nice one though! Last time I was here was on New Year's Eve, they put on quite a fireworks display. But I did take a snap, just in case you wanted to see a bit of it: 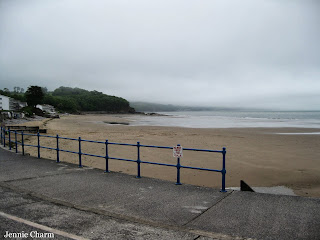 Then off to my love/hate places - Tenby. I love how lovely the buildings are stunning and the people are friendly. I even like the bucket, spade and rock shops... But it feels a bit too touristy, in a modern way. But it is a lovely town!

They do have a lovely lifeboat station, rather modern, but very well designed. You can go in and see the whopper of a boat they have and read about the history of the RNLI in Tenby, oh, and they have a gift shop! The lady who works in there is lovely, so do go and say hello and buy a fridge magnet or something. This is what it looks like (the station, not the magnet!): 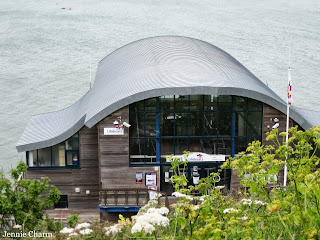 It's down a path and next to the old station, which I think is now a private house (lucky bug.. people!). Also went to see Prince Albert: 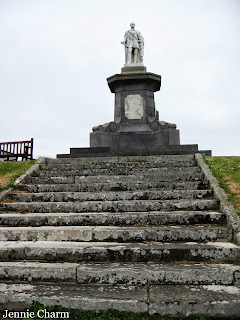 As I mentioned, so stunning buildings, just look at this bit of stained glass, the other side is also nice: 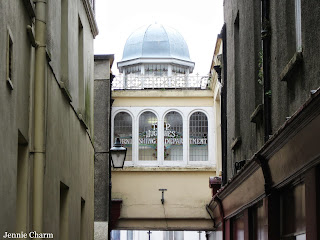 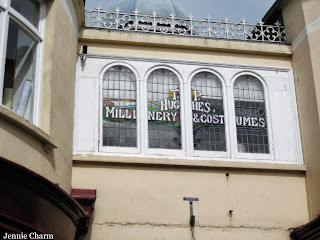 And, last one for the day, I swear! 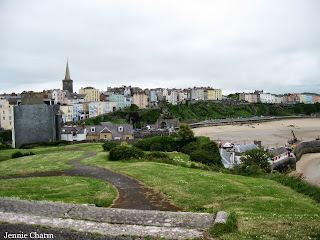 And here are a few links from Tuesday:

That's quite a long post now, so I'll leave the next few days for another post. Hopefully you might some to Wales for your next holiday?